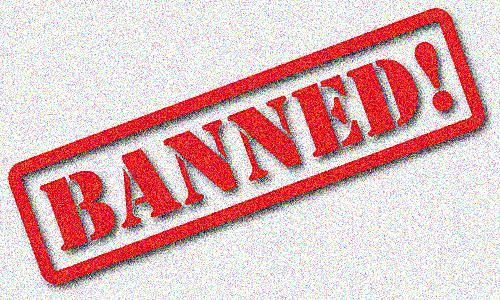 Thanking many individuals for their work in providing this information.
This website does not necessarily support the views expressed in the words of these files.

I do support our 1st amendment right to free speech.

See The Full Icke/Rose Viral Presentation [May 4, 2020]
FULL DAVID ICKE/BRIAN ROSE III INTERVIEW {3gb}
This is the explosive interview between Brian Rose and David Icke that got
David Icke banned on Youtube. Please share and spread this banned broadcast,
and prove to the world that no information can be suppressed and no one spoken
word or conversation can be silenced.

Watch Trump's Censored Texas Speech in Full [ Jan 12, 2021 ]
The Alex Jones Show
President Donald Trump addresses the nation from the southern border where he
reiterated the law and order movement of peace to empower the American people: Video

The American Journal [ Jan 12, 2021 ]
Watch TrumpÆs First Public Appearance Since Deplatforming
Trump returns to the white house lawn for the first interview back since
last week's speech and his de-platforming from social media: VIDEO

JAYDENX
Insurgence USA was started in 2020 in response to the Gorge Floyd tragedy. The lack of care for human life was unacceptable so we set out to end police brutality. We then set out to empower and uplift black and indigenous voices. We want to build local.


Full Video Of The storming of The Capitol, The Shooting, and the killing of a veteran in Washington DC. - January 7, 2021

War Room With Owen Shroyer
Infowars editor and on the ground camera man Sam give his exclusive
eye witness account of the shooting of Ashli Babbitt through literally his lens.
EYE WITNESS ACCOUNT OF ASHLI BABBITTÆS EXECUTION

Trump Lays Out Election Fraud in Epic Speech to Patriots

Sam And Emma - Chaos At The Capitol .mp4

Exclusive: Mike Pence Threatened Trump With 25th Amendment Removal If He Didn't Concede Fraudulent Election [ Jan 8, 2021 ]
Alex has been talking about this for months, if not years, and once again we see
another attempt by Nancy Pelosi and her democratic allies to call for the 25th amendment,
and it seems Trump's call for calm is an olive branch to stop that from happening and
causing a larger rift in America.Ę
Mike Pence Can Save America On Jan 6 If He Wants To

War Room With Owen Shroyer [ Dec 22, 2020 ]
Investigative journalist Patrick Howley joins Owen on the War Room
to discuss various topics including Mike PenceÆs coming decision to
save or surrender the United States. Mike Pence Can Save America On Jan 6 If He Wants To